Home›General›NY Traceurs perform for HTC One

NY Traceurs perform for HTC One

A few weeks ago, I had the opportunity to work alongside several other traceurs to help promote the launch of HTC’s newest phone, the HTC One.  Along with New York locals Jesse Danger, Milo Finnegan-Money, Jeremy Gallant, Ismael Oquendo, and visiting Missouri traceur Jordan Davis, we were asked to help create an exciting and entertaining atmosphere for the private press event, as well as provide moving subjects for the attendees to test out the new HTC phone cameras.

The six of us were given a stage area that was surrounded by dozens of columns, each supporting a brand new HTC One phone.  Inside this stage area, we took turns performing parkour runs, isolated tricks, and some synchronized performance routines.  Of course obstacles are needed for any good parkour demonstration, and with NYPK’s equipment of two vault boxes and two slanted walls, we were able to come up with unlimited movements and ideas.

The HTC One boasts a new “Ultrapixel Sensor” in its camera, which turns its attention to pixel quality rather than pixel quantity.  More does not always mean better, and the larger pixels of the HTC One camera are said to capture over 300% more light than cameras on competing phones.   Our parkour demonstration, set in a dark room with shifting lights and smoke machines, was the perfect opportunity for users to test out the capabilities of this new camera.

Unfortunately, we weren’t able to see any photos or videos taken from the HTC phones that were on display.  However, professional photographer and friend of NYParkour Walter F Rodriguez was able to come to the event and snap a ton of photos for us, which can be seen in the gallery below.

After three hours of movement, the six of us were exhausted and relieved to take a rest.  But I know I can speak for everyone when I say we had a great time performing, using the obstacles creatively, and enjoying each other’s company.  I’d like to send another thank you to HTC for providing the opportunity, and to 3RUN for hooking us up with it.  We hope you were just as pleased with the event as we were!

Copyright to all photographs goes to Walter F Rodriguez 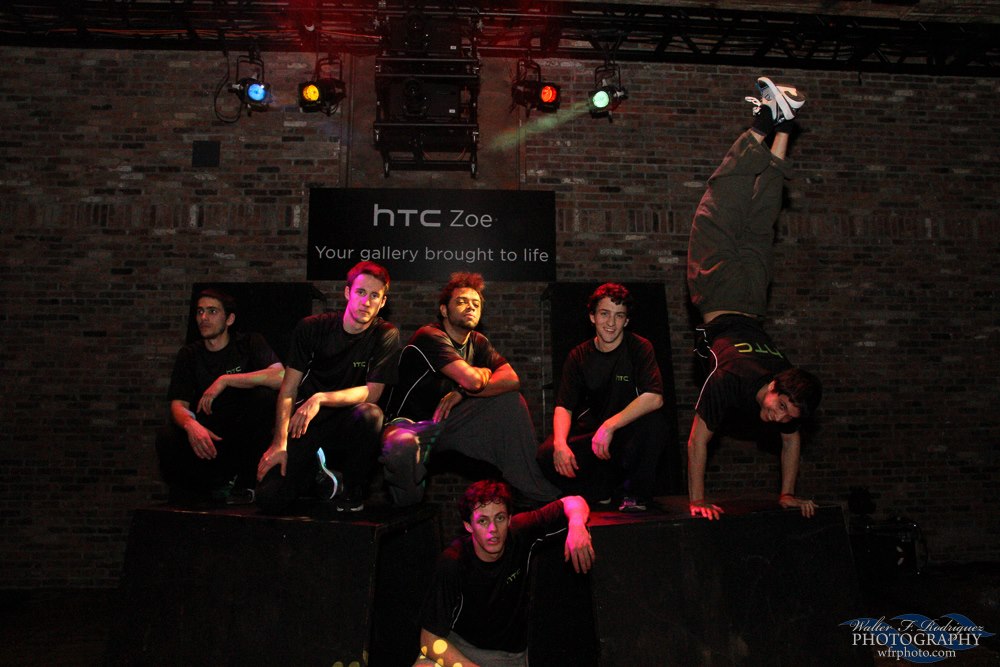 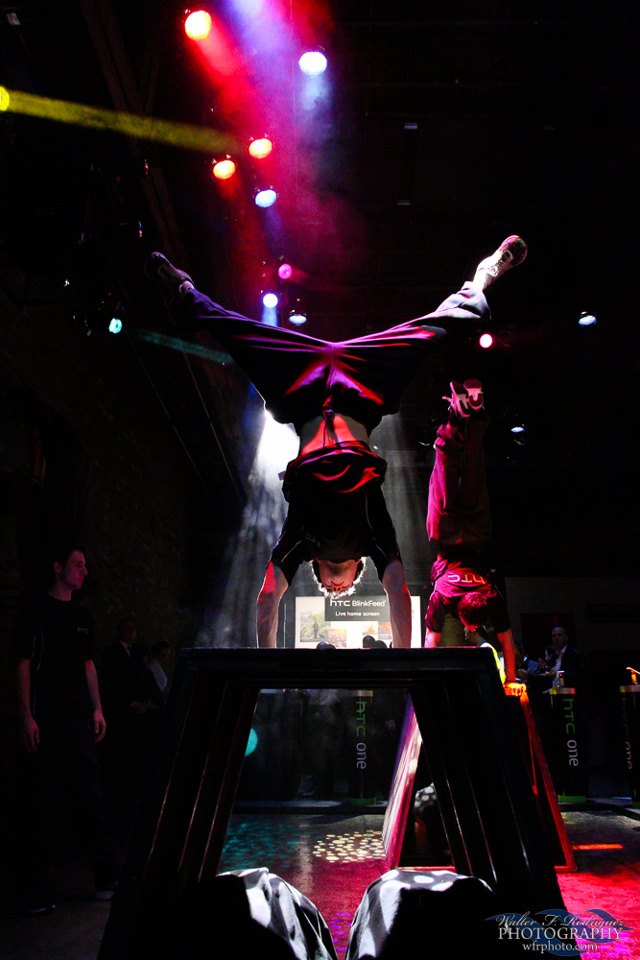 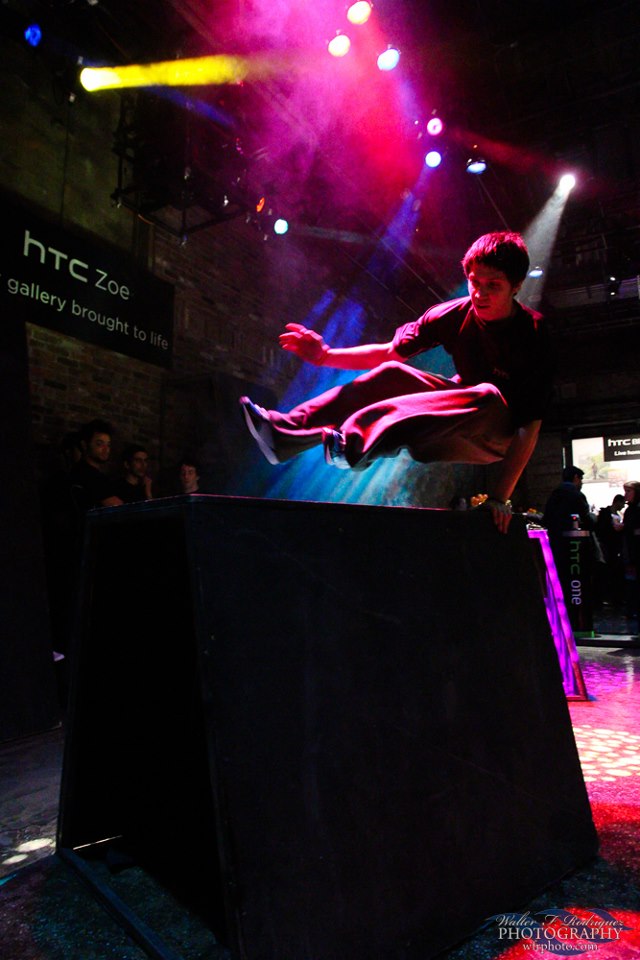 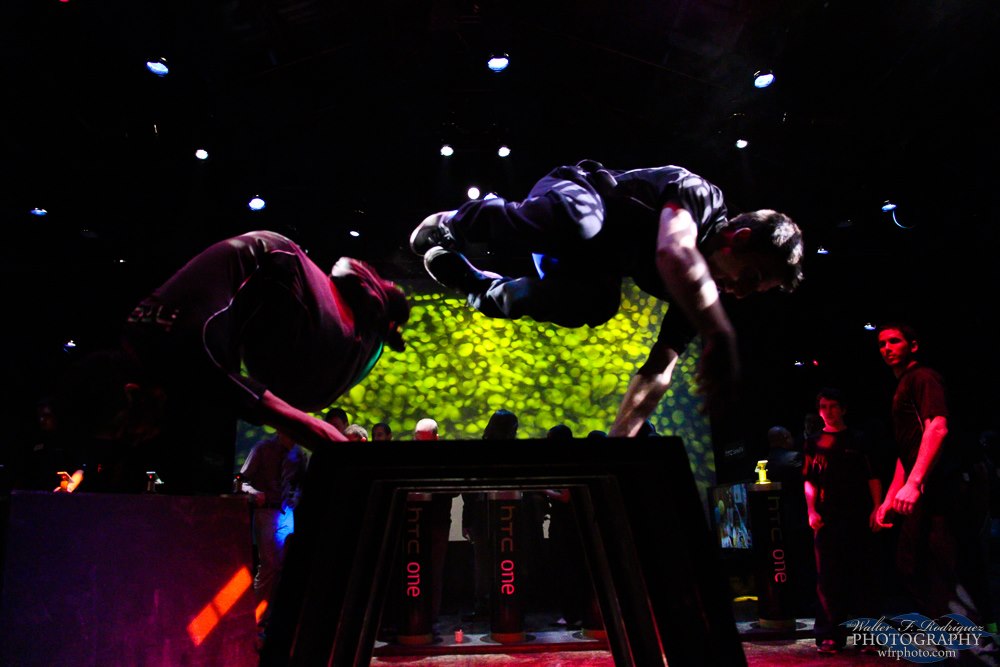 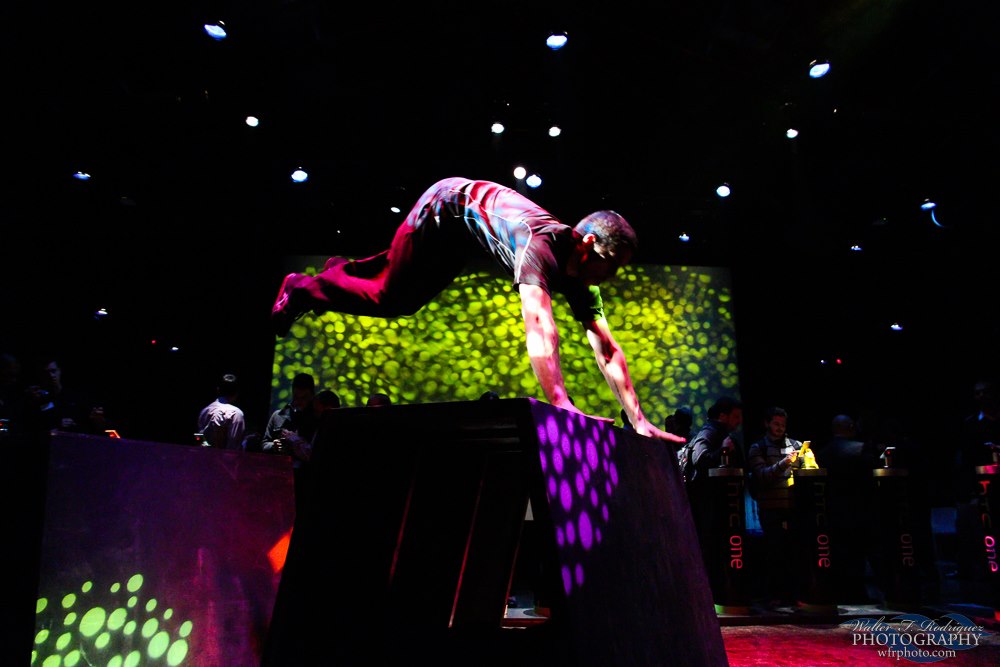 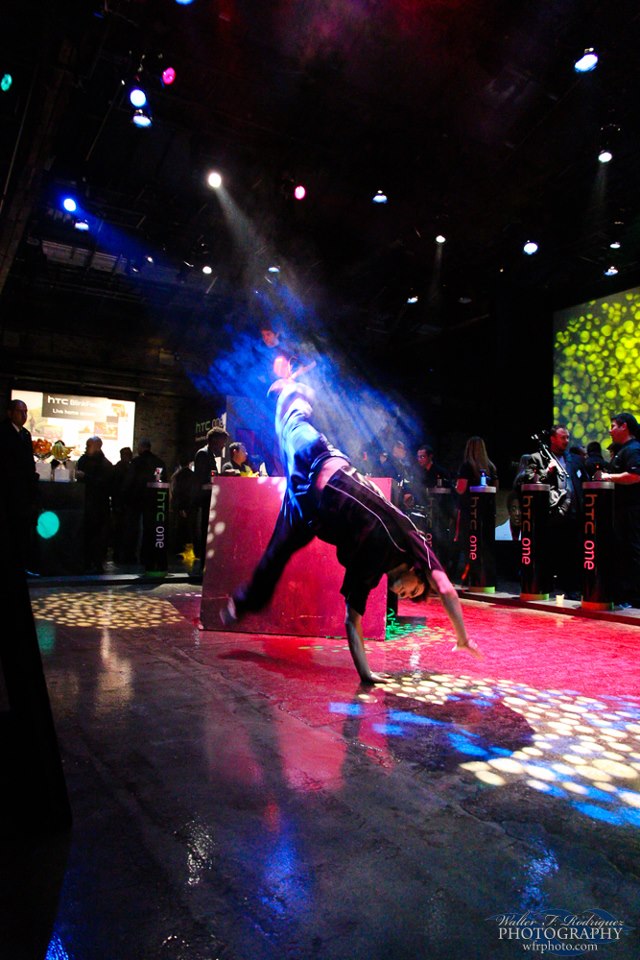 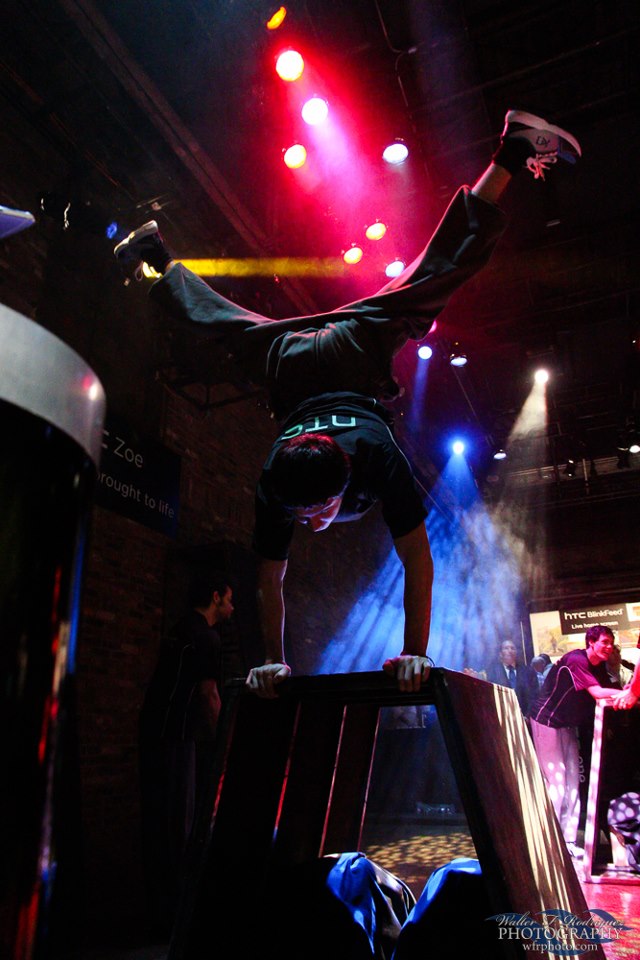 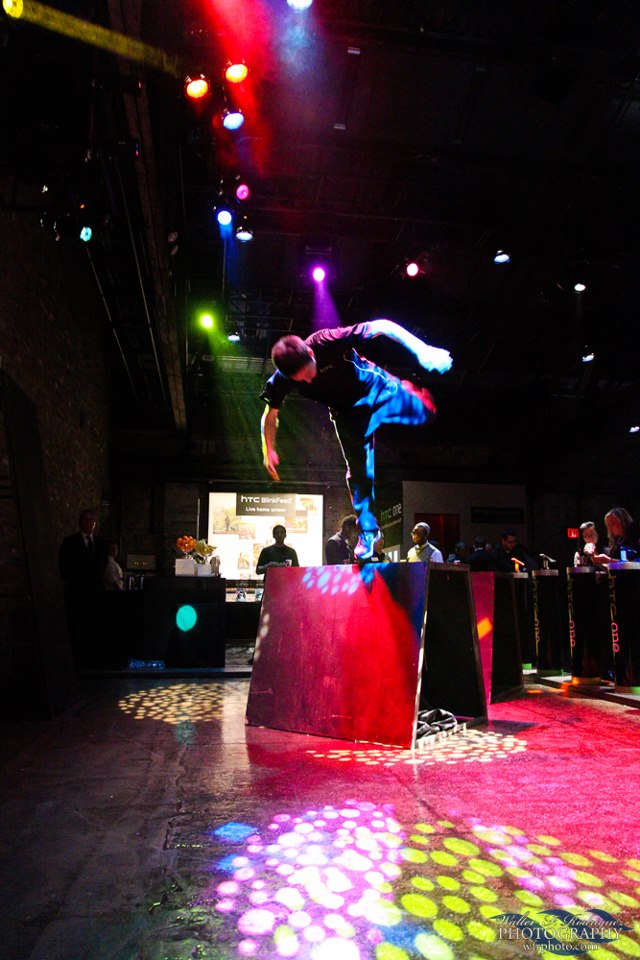 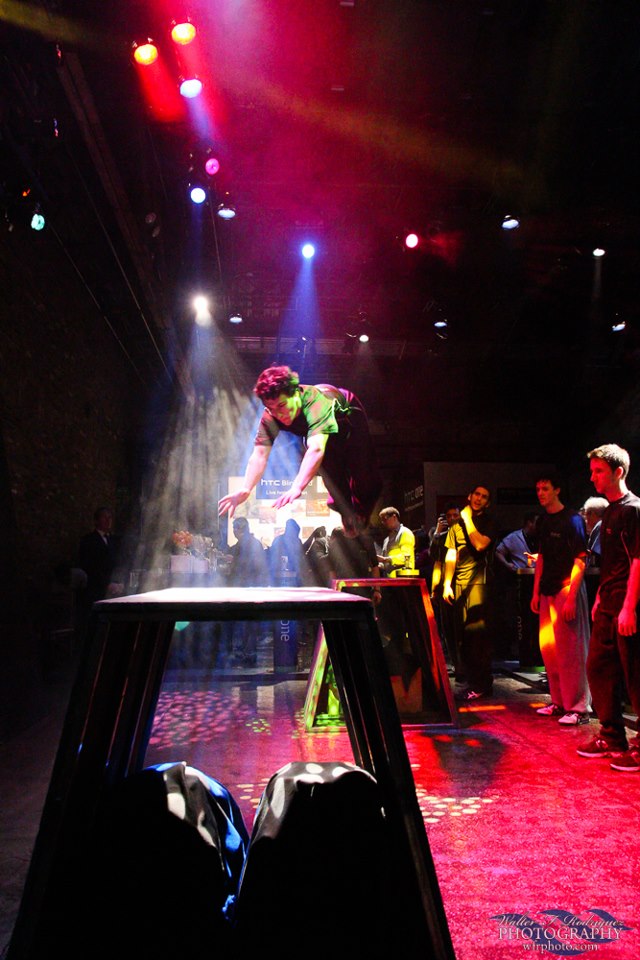 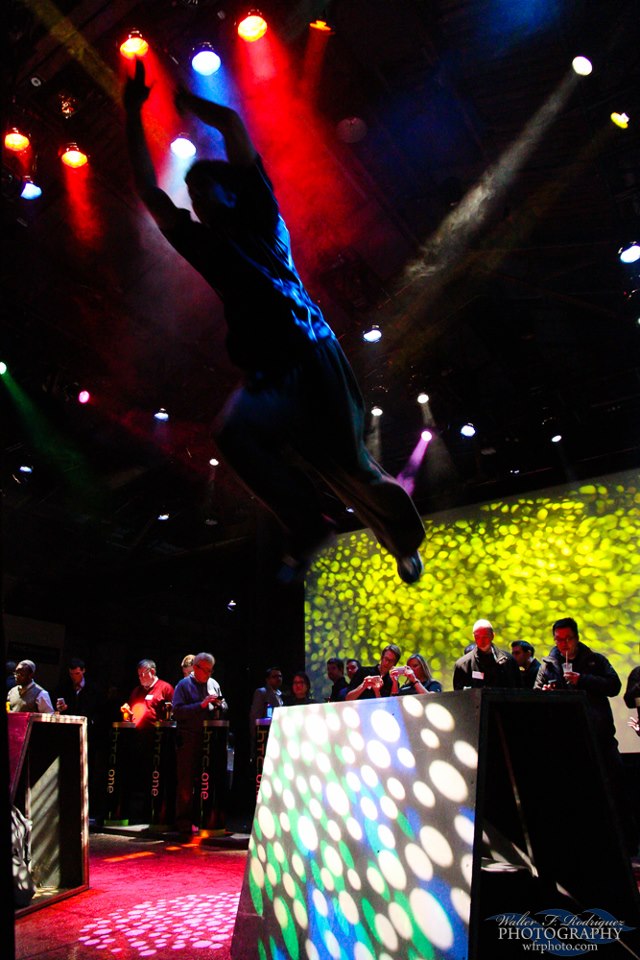 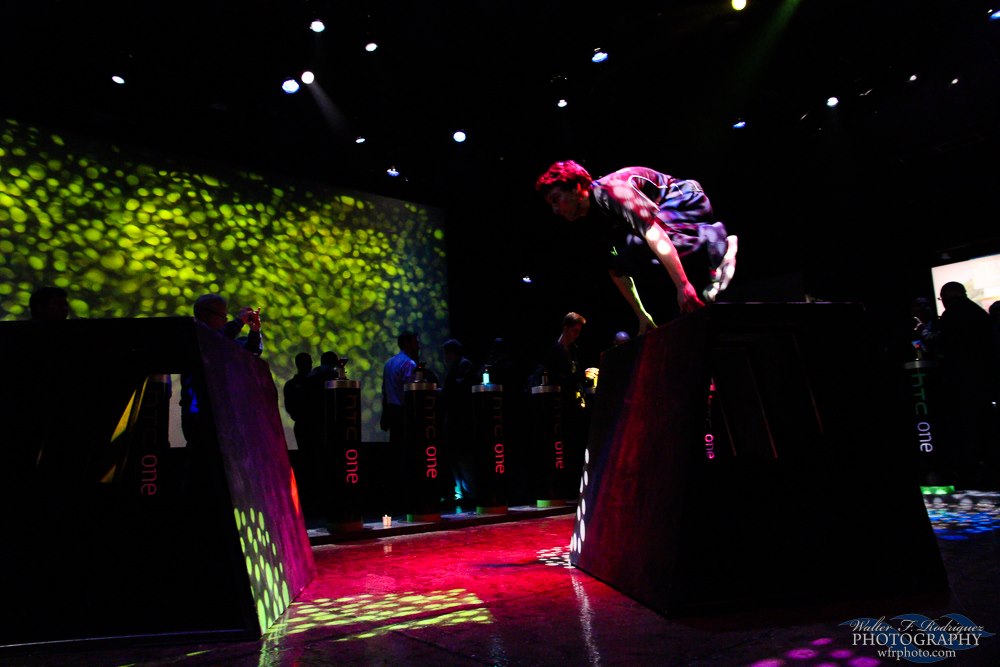 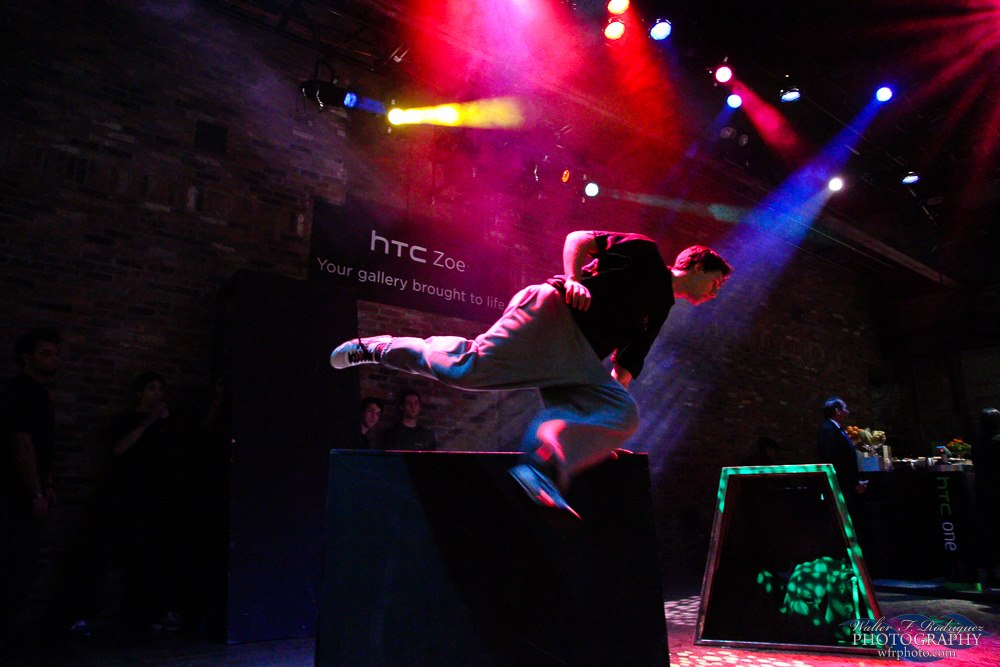 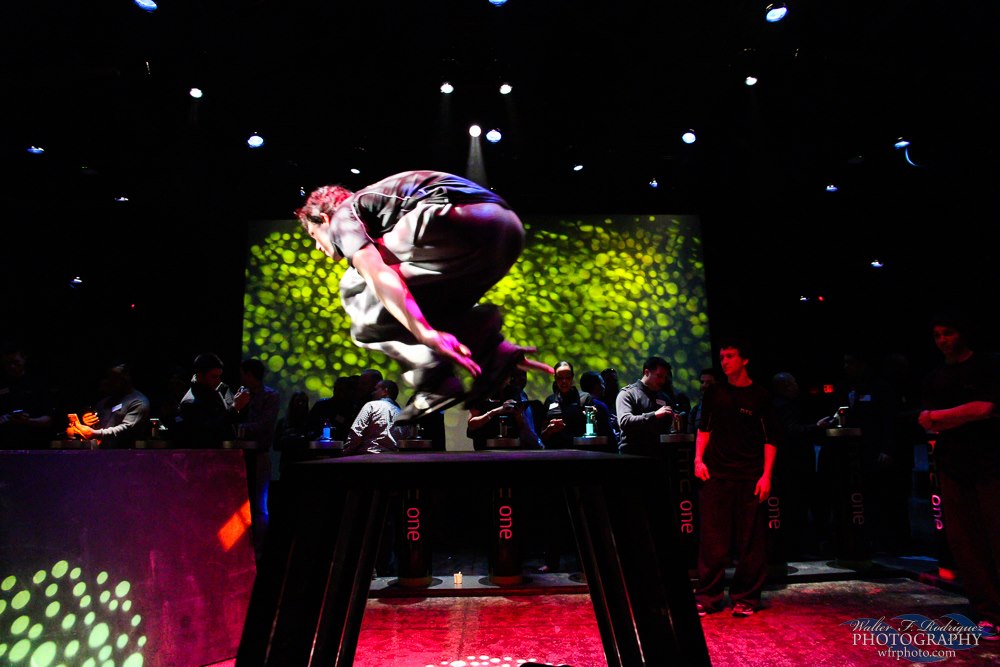