This past Sunday, Bullettrun hosted an event at local gymnastics facility "The Gym Park", bringing traceurs together during the cold season to have some fun and do some good training.  Hosted by Gym Park owner Peter, community member and Gym Park worker Sha Mualimm-Ak, and Bullettrun founder Nadia Lesy, the event brought in about 30 traceurs from every borough (as well as some international visitors), and lasted for over four hours.  Oh, and did we mention that the entire thing was free of charge?

The jam began at 6:00 as a standard open session.  Practitioners of every level from complete beginner to advanced used the tumble track, bars, and mats to practice new moves and refine their skills.  Despite the large group of people and the relatively small space, it seemed everyone was kept occupied and was having a good time.

At around 7:30, a projector was brought out and parkour videos began to play on the gym wall.  Everyone in attendance stopped to sit down and watch some videos, but because of some audio technical difficulties and a slow internet speed, soon returned to their training.  Pizza was ordered as Sha began setting up an obstacle course for the first round of the upcoming friendly competition.

Around one hour and two boxes of pizza later, the competition began.  The first round required those participating to navigate a course built around the gym, passing over and touching certain obstacles along the way.  The traceur with the fastest time won the round, and Reese Sanchez took first with an astounding 7 seconds.

Up next was the kong challenge.  Starting at a distance of 7 feet, participants had to kong over one mat and precision onto another- and stick it. Each person had two attempts, and would only move on to the next round if they managed to make the distance and stick the landing.  Then, the mat would be moved back another foot, and those who made it last time would try again.

And in 1st place, Fabian Ruiz!

The winners were awarded free shirts, stickers, and several gym sessions at The Gym Park free of charge.  As an added bonus, one free gym session was given to everybody in attendance, a very nice surprise to everyone who made it out.

The event was a ton of fun, and we’d like to say thanks to Nadia, Peter, and Sha for hosting it.  We hope that Bullettrun and The Gym Park continue working together in the future to host more great events like this one.

Show your support to Bullettrun and The Gym Park by visiting their websites! Gym Park holds open sessions every Monday, Wednesday, and Saturday. 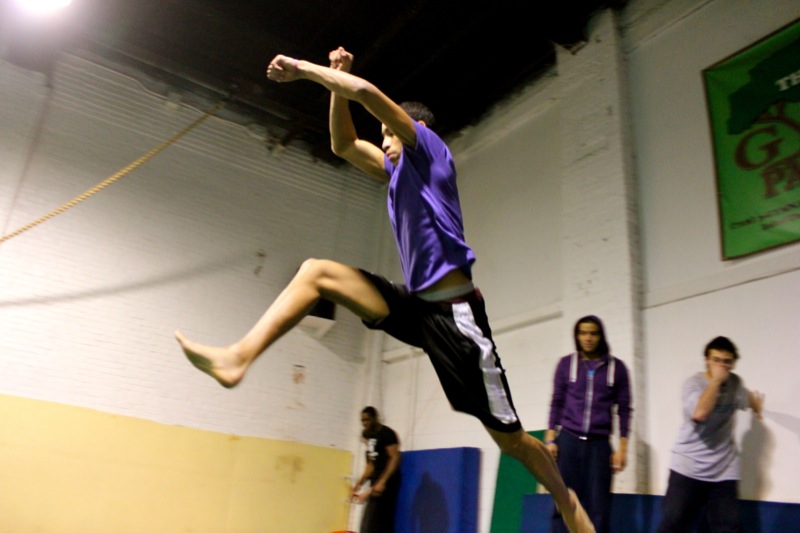 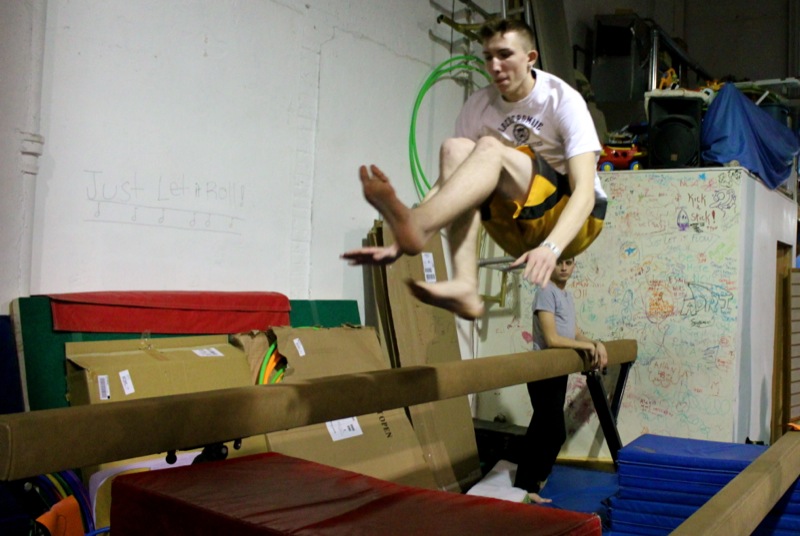 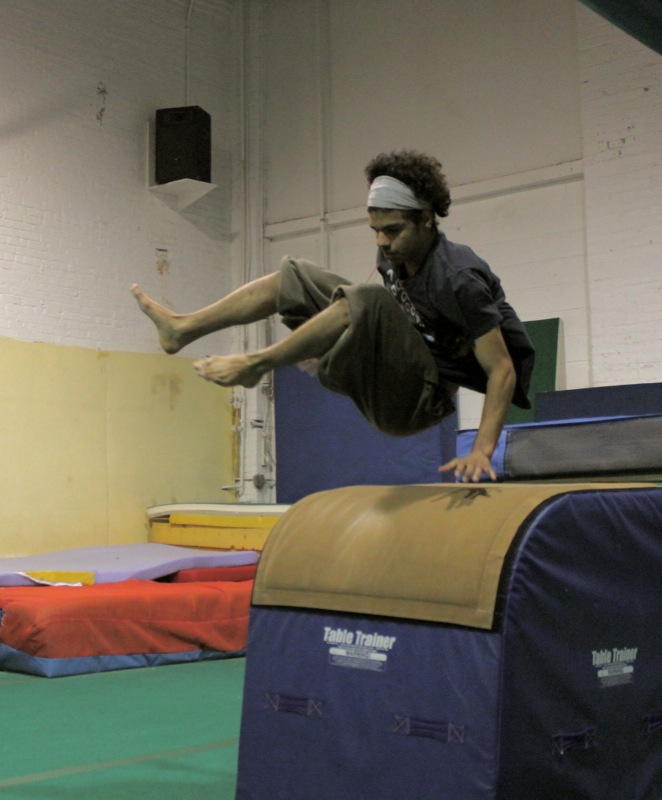 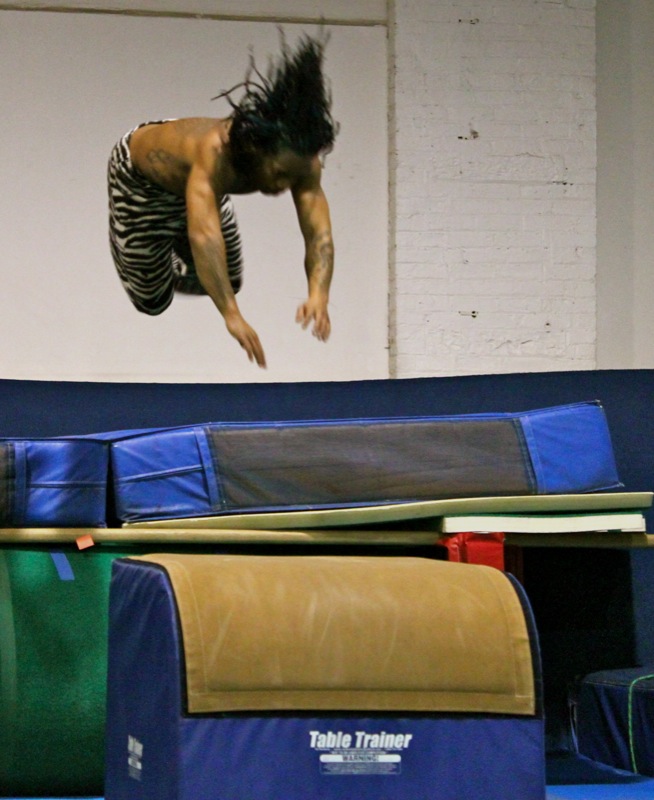 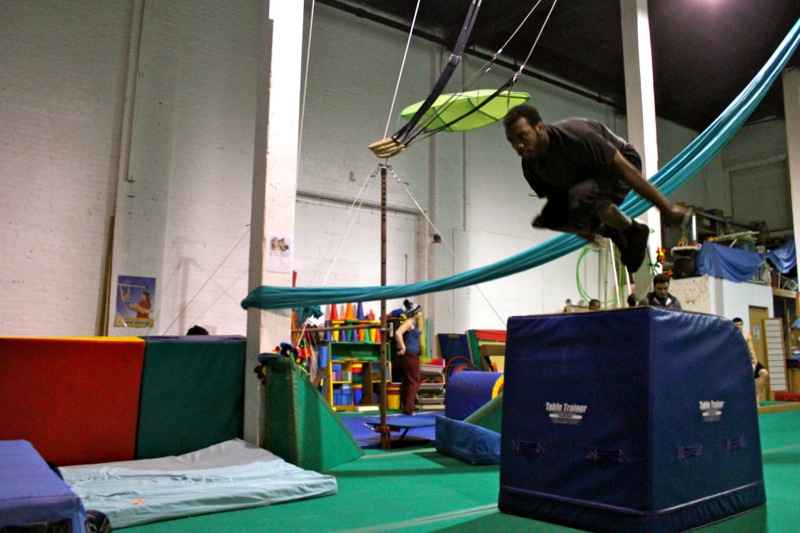 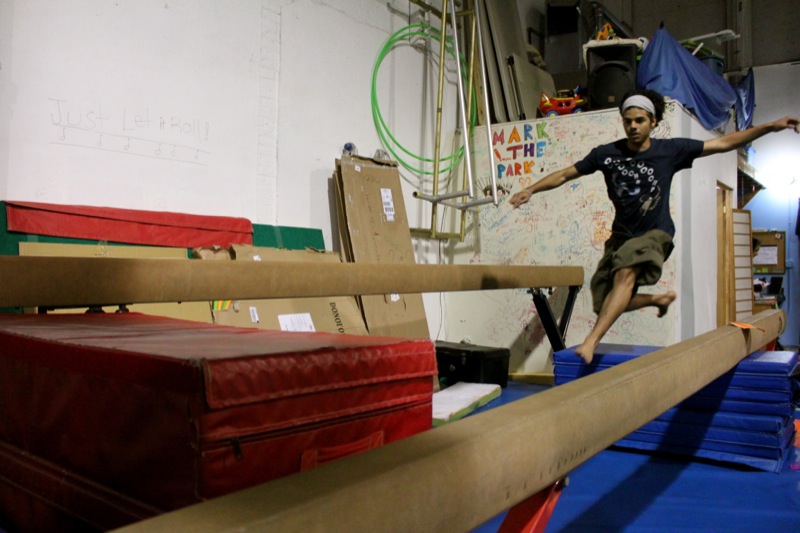 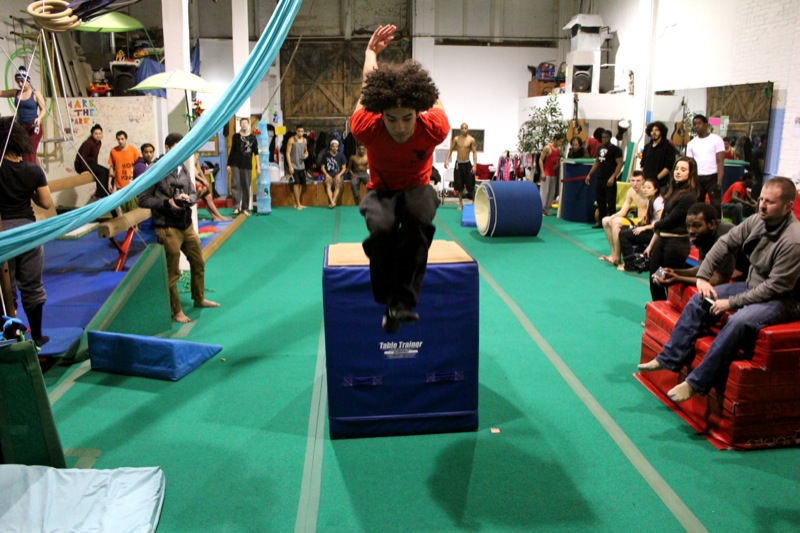 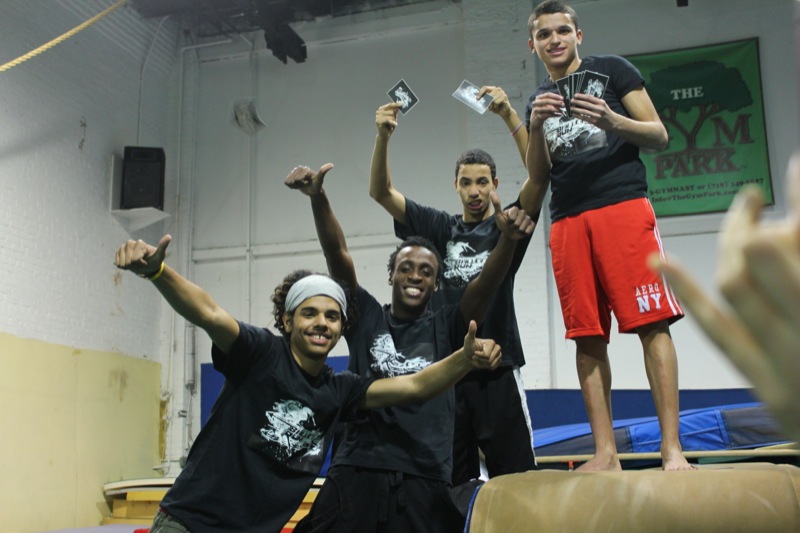