General
by The NYParkour Team 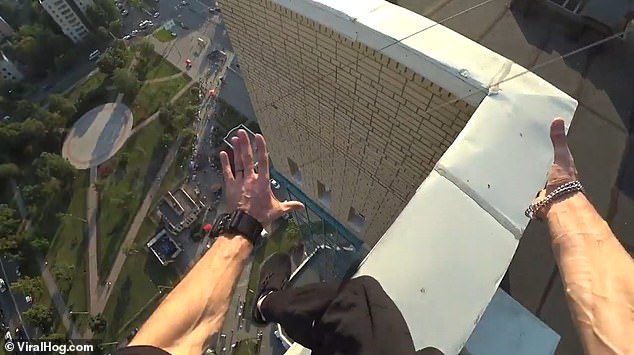 This is the terrifying moment a parkour professional begins to fall from the 25th floor when he misses his footing - only to pull himself to safety on electrical cables as they shock him. Sergey Shorokhov, a Russian Youtuber and free runner, captured the hair-raising moment on a camera held in his mouth as he jumped from ledge to ledge on the roof of a high rise building.

As he is filming the reckless jump, he can be heard singing in Russian before misjudging the distance and falling off, catching himself in a split second on some electrical wires. Mr Shorokhov said the wires were shocking him and making it difficult to hold on. However, he decided that was his only option.

Thankfully his friend who is also on the rooftop rushes to his aid, pulling him to safety despite the danger that he could be shocked himself. The incident took place in Russia on July 26 was posted online yesterday.

Sergey Shorokhov said: 'I was in the arms of Death and was born a second time.

'I Got scars on my stomach and fingers. 25 years, 25th floor, 10 seconds over Death. An experience that will last a lifetime. Thank you to Zlat for saving me.

'The electric current tried to throw me down, but the world still need me, I feel.

'My mission isn't over yet. But I'm glad we met face-to-face, Death because happiness in me became much more.

'Thank you for this experience. Let's see how the world responds to my madness.' 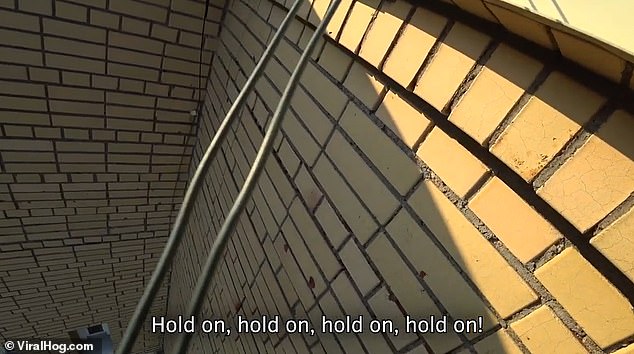 After the rescue, Mr Shorokhov's friend Zlat, @goldenzadrot, warns him how close he had been to Death and reminds him what could have happened if he hadn't been there to save him. Mr Shorokhov shared pictures of his injuries and a disclaimer at the start of his video stating: 'Before you write to me angry comments remember that I'm professional. I've been doing parkour/free run for 13 years.

'Most of the insulation was corroded by time and weather conditions. 'Perhaps if it were wires absolutely without insulation, the electrical current would have thrown me down. 'The voltage in the wires was 220V, I think, but my friend Zlat had time to save me as it was difficult for me to get out on my own because of the electric current. 'The electrical wires left a couple of scars on my body for life. It was the craziest ten seconds of my life.'

Why Train? The Benefits Of Training Parkour